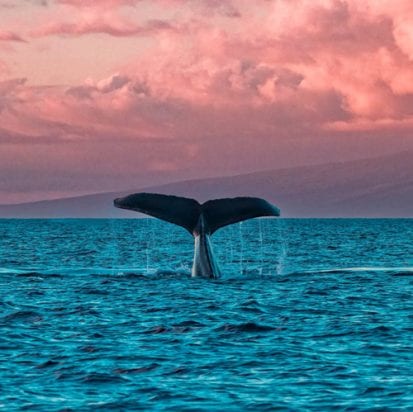 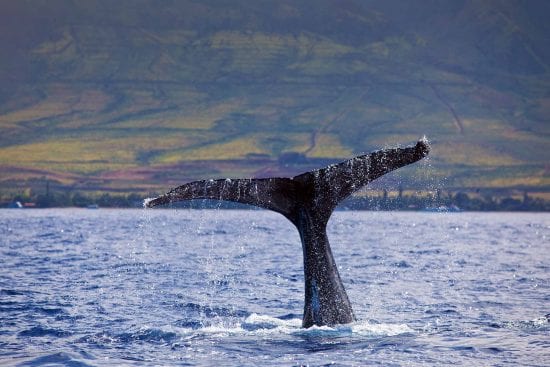 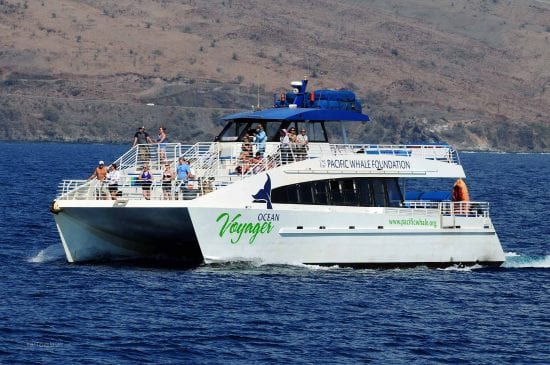 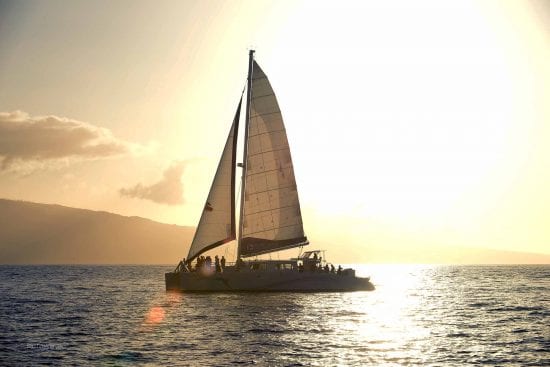 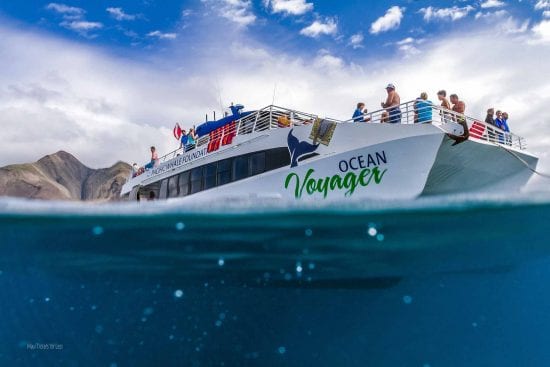 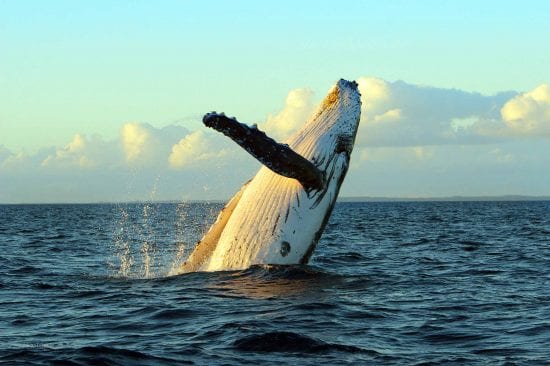 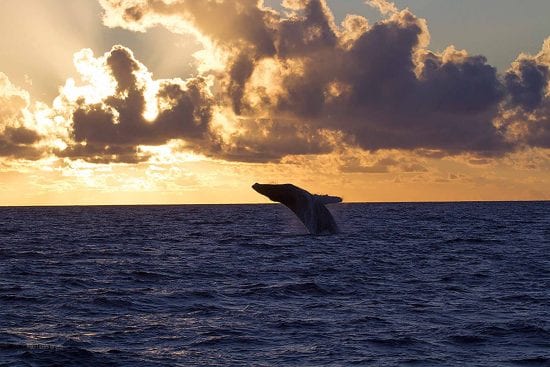 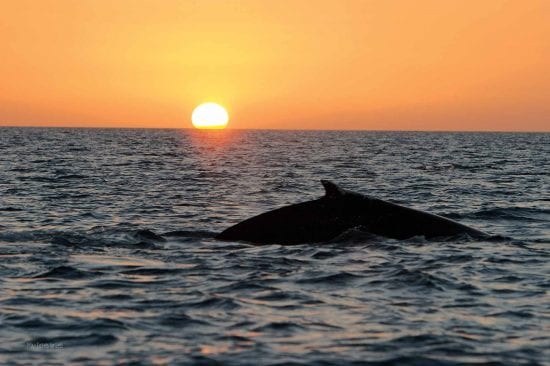 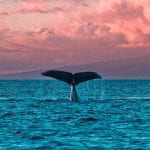 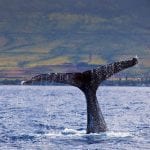 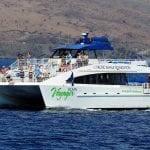 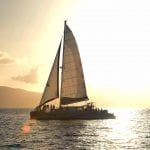 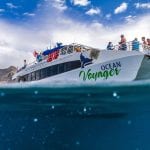 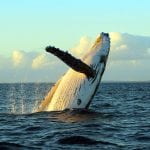 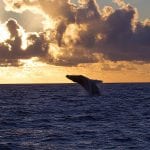 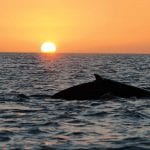 Pacific Whale Foundation is the environmental leader of the activity industry in Hawaii. Each year they work tirelessly monitoring the Humpback Whales through their whale watching tours and scientific research to find a common balance between man and whales. They are the ones who sponsor the great whale count every year in the waters off Maui. With an army of volunteers, the count has seen a dramatic increase in the whale population since the 1990s. The environmental work this Pacific Whale Foundation Whale Watch does has brought awareness to the public regarding climate change and the effects of it to Hawaii and around the globe. Climate change has already affected the beaches in Hawaii.

Educational whale watching tours with Pacific Whale Foundation are the norm. With tours departing from either Maalaea or Lahaina Harbors, they have your bases covered. Each whale watching tour in Maui has a marine biologist on board that will share every aspect of the Humpback Whales. They also use a hydrophone that will bring you the songs of the whales.

Operating a large fleet of power catamarans, Pacific Whale Foundation Whale Watch has more whale watches per day than any other company. Each catamaran is comfortable, equipped with two restrooms and plenty of viewing room on the upper and front decks. They sell out every day and these tours are among the best things to do on Maui.

Visitors always ask what is the best time of day to schedule a whale watching tour in Maui. Whales have to come up for air about every 30 minutes, so as far as the whale goes, it doesn’t really matter. You, on the other hand, is a different story altogether. Most visitors aren’t used to the tropical heat in Maui. As the day lengthens, it gets warmer and the trade winds pick up. The morning times

Did you know that the Humpback Whale does not eat while in Hawaiian waters? There is no food source for them. Off the coast of Alaska, the Humpback Whale thrives on Plankton. Plankton is found in cooler waters than in the tropics. In Hawaii, the Humpback Whale births their calves from their visit the year before. They also find their mates in Hawaii. On a few occasions, the Humpback whale has been observed in mating rituals by Pacific Whale Foundation during their research tours. What an interesting whale watching tour that must have been.

What to Know For the Tour

Bring a light jacket
Your camera should be charged and have room for all your photos
Wear a hat
You may want to apply some sunscreen before leaving your resort.

Food
There is no food or beverage included with your tickets. Beverages and snacks are available for purchase.

Hawaii doesn’t participate in daylight saving, Maui is two hours behind the west coast of the mainland during the winter. As you move further east, the time difference increases to five hours. Most visitors who arrive from the mainland find themselves waking up a couple of hours before they normally would at home. The further away you live from Hawaii, the earlier you will wake up on your first couple of days on the island. There is nothing to do in the middle of the night on Maui, except for perhaps a stroll along a deserted beach. The sunrise whale watching tour was created to provide some form of entertainment for early risers. Sunrise is one of the best times on Maui to go whale watching. It’s cooler, the trades are light and the roads are all but deserted. The sunrise whale watch is the perfect choice during your first few days on the island because your biological clock is still on mainland time.

Watch watching at sunrise is special. Mother nature lights up the sky with the colors of dawn and against the sunrise, your whale watching photos are priceless. The unique images from whale watching come from this time of day. As the island is waking up, so are the Humpback Whales.

Leave From Lahaina or Maalaea

For families, the Pacific Whale Foundation Whale Watch is the perfect solution if you have younger children. They have the largest fleet of catamarans on Maui. They are large with plenty of viewing space outside the main cabin. In some cases, the boat was designed for whale watching with tiered seating on the bow like a theater. There are two restrooms aboard and tables both on the upper deck and main cabin.

Pacific Whale Foundation is the environmental company of our time on Maui. They are the leaders. Each year they sponsor numerous activities on Maui associated with the Humpback Whale and eco-environmental awareness. It was their efforts that changed the laws regarding whale watching on Maui in the 1990s. Each year Pacific Whale Foundation sponsors the great whale count. Volunteers from all over Maui join the ranks with Pacific Whale Foundation to help count the whales. In the 1990s there were less than 1000 whales that came to Maui, today there are over 7000. Their number have increased dramatically since being added to the endangered species list!

Check-in 45 minutes prior to event time.

Pacific Whale Foundation
4.7
Based on 1566 reviews

Pacific Whale Foundation
4.5
Based on 700 reviews

Stan G.
This is a great place to schedule a whale watching trip. Everyone is super friendly, the boats are clean and safe and you will see whales. More importantly,...

Michael B.
Had a great snorkeling trip with Capt. Allen and crew. I’d highly recommend the Wild Side tour. Great people, great food and plenty of Maui brews. Saw a number of fish, turtles, and whales. Will visit again.

Brenda C.
This is an experience you can't pass up.I will always remember our first trip to Maui and a very special part of that trip was going whale watching....

John Y.
Enjoying the whales while also knowing you paid toward helping conserve them feels pretty good. I was a little disappointed we didn't see any up close but it was amazing to see so many whales just swimming about. You will probably be traveling on a boat with many other people so try and get a good seat so you won't have to keep moving around. We had the best success at the front of the boat; many of the whale sightings were directly in front of us. Crew was young and passionate about the conservation of whales, it was heartwarming to see. Friendly and answered any questions too. Don't forget to put on sunblock; you will be out there for an hour or two. Overall, was fun to see whales. Was it like in the movies or tv shows where the whales do some cool jumping spin move right in front of your face? No. But you do get to see whales which doesn't happen very much in ones lifetime. Getting there was simple, its located in the same area as an aquarium so parking is adequate and free if you're doing the whale watching. All in all, had a fun time. Friendly crew, nice cause, saw whales..just don't expect a National Geographic viewing of them. Also never got to try this "whale soup" they kept talking about, so bummed out about that. Nice to do once but prob not again.

Jennifer S.
The staff on the ship were wonderful. We were served a light breakfast, and offered coffee or water while driving to our destination. We had the incredible experience of several sightings of mother and baby humpback whales. They told us February was a great time for this as that is when the whales come from Alaska to breed and birth their young.We were able to snorkel for an hour and a half, instructions were given to the beginners. We were provided lunch and drinks, which included Maui brewery beer. On the way back to port, we again spotted mother and baby whales. No dolphins or sea turtles, as our snorkel location was changed due to very choppy water conditions. Overall, a great experience, and the money spent is for a good cause.

Heidi F.
I cannot recommend this snorkeling tour highly enough. Tons of fun with an informative and beyond friendly crew, with lunch and a free drink at the end...what more could you want? Well, the fact that it’s all a nonprofit for which your contributions go toward saving the whales (Of which we saw a TON, and this wasn’t even the whale watching tour!) can’t hurt. We would gladly return for another trip!

Luke W.
We chose these guys for a whale watching trip as we knew they were a conservation group and wanted to put our money toward that.The price was great for a...

Taylor E.
We went on the whale watching cruise and it was so much fun. The caption and crew were amazing and gave us a ton of information about the whales. We saw...

Tyler C.
Super cool group these guys. Smaller boat than some whale watching tour. Very professional but fun crew. Was pleasantly surprised that beer was served. Crew was very accommodating to family member who didn't handle the sea very well. Food served was abundant and delicious, if not very Hawaiian...My girls were excited to see an all female crew.Gift shop was wonderfully curated with items you would need on your whale watching or just to buy. Great brands for hats, shirts and sandals.Binoculars available for rent from 3rd party, $10

Arjun D.
We saw at least half a dozen humpback whales breaching, slapping their pectoral fins and singing to each other on an afternoon whale watching tour with Pacific Whale Foundation. It was one of the highlights of our trip to Maui. Parking is easy (and free) in the aquarium parking lot. Their boats hold up to 149 people and we were at capacity but I never struggled to get a view. Narrators are friendly and knowledgeable. The tour operator is a non-profit to boot and your money supports a good cause. Great for families. 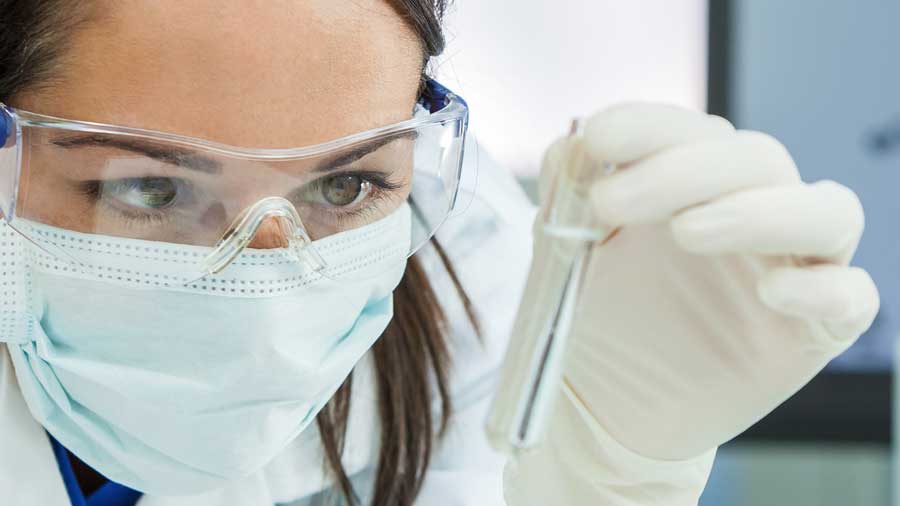 Blog
What You Should Know About The Coronavirus and Visiting Maui 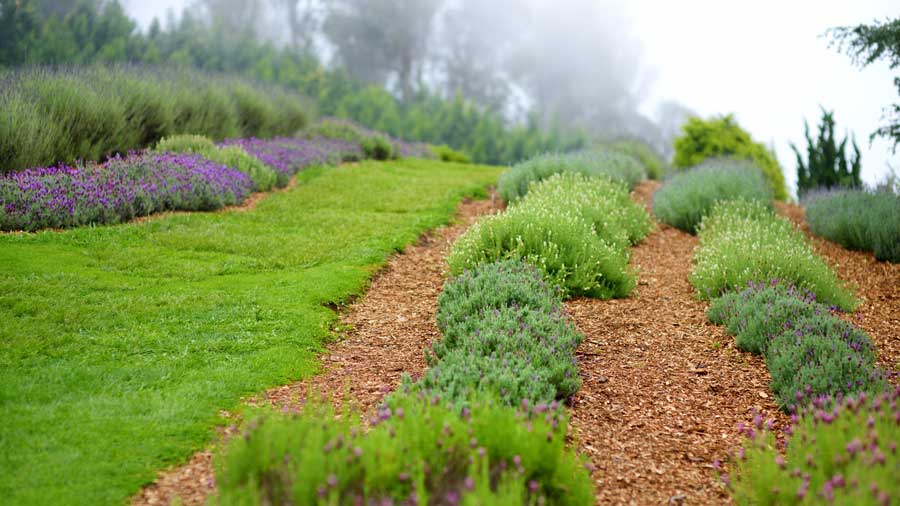 Maui Experience, Blog, Things to Do on Maui, Maui Weekends
How To Enjoy The Maui Lavender Farm 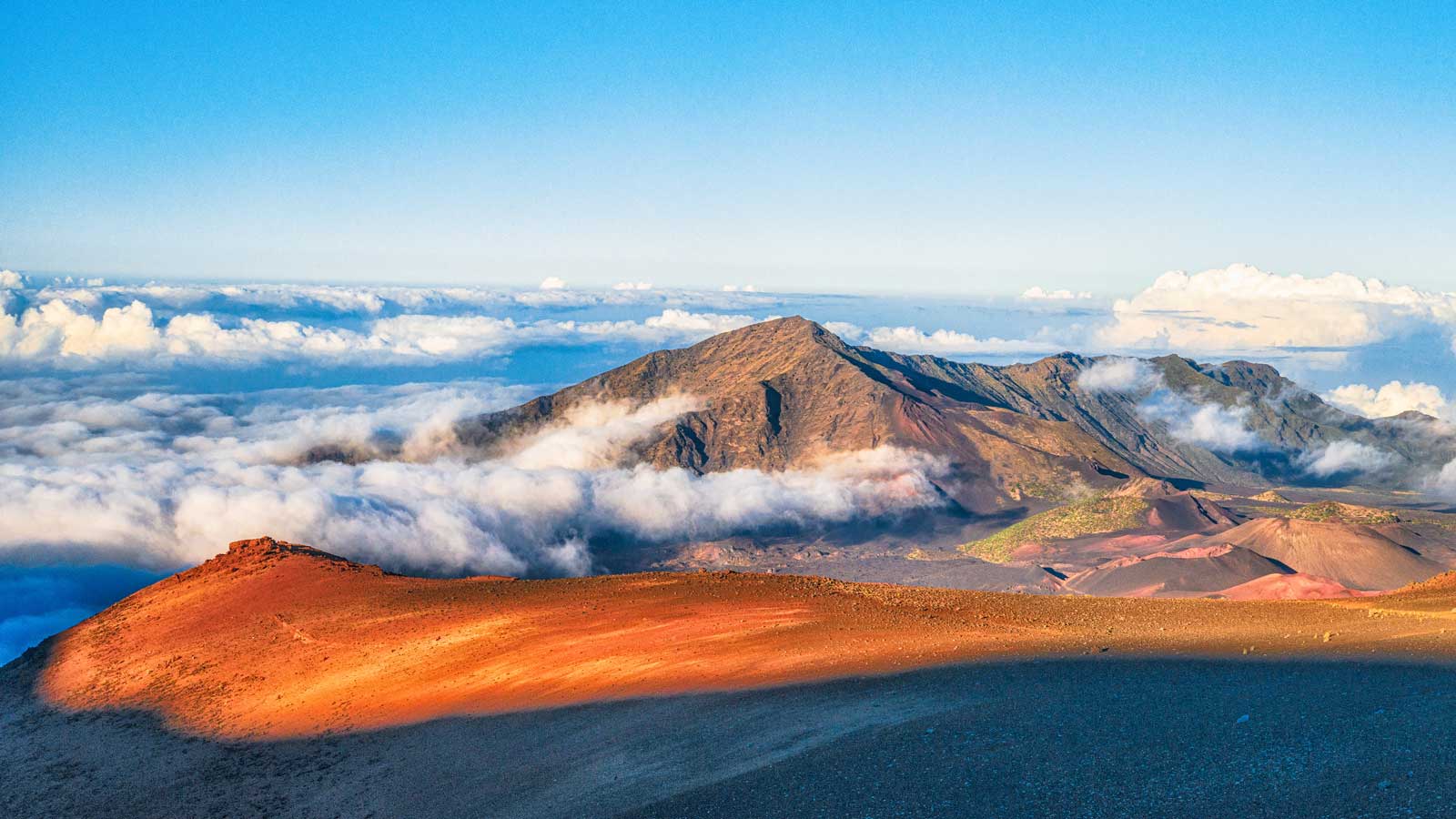 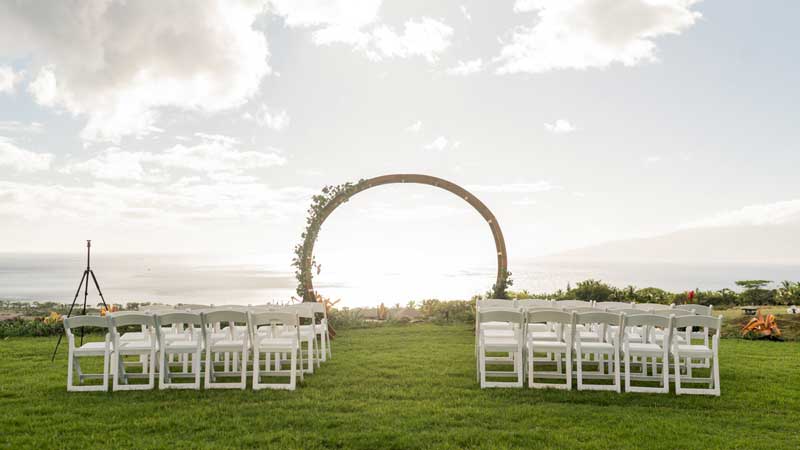