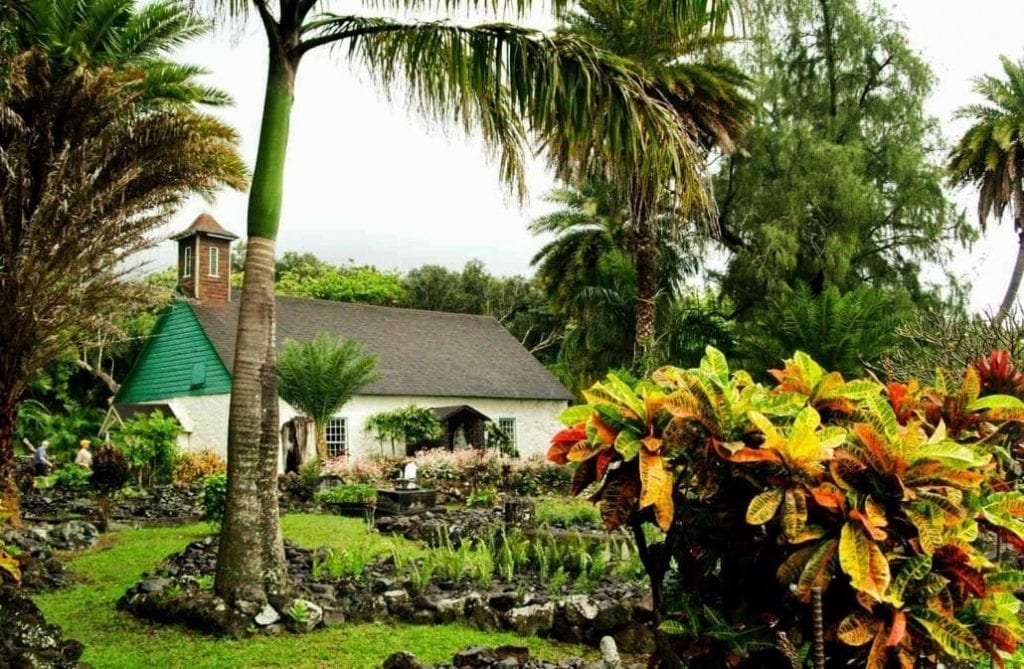 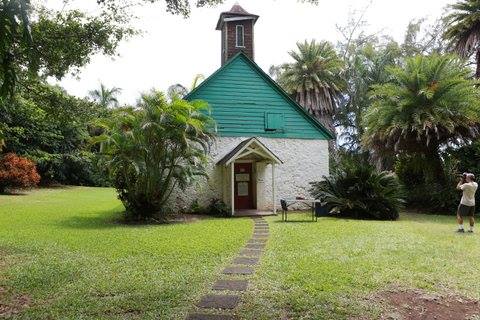 The Palapala Ho’omau Church, located along the Road to Hana is an incredible historical sight. Built in 1857, The Palapala Ho’omau Church was chosen as the final resting place for the famous, inventor, explorer, author, activist, and aviator Charles Lindbergh, also known as the Lone Eagle.The church has a long history and is one of the most sought after destinations among Maui’s beautiful and lush coastline. 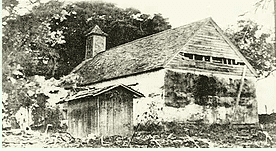 The first known sighting by westerners of the area known as Kipahulu, where the Palapala church is located, was by the French Naval Officer and Explorer Jean-Francois de la Perouse. In his writings, Perouse expresses how he and his crewmen were deeply desiring to head for the beautiful coast, but could not due to the furious waves that kept them at bay.

Later in 1864, the land was finally accessed by the first westerners who came from England as Christian Missionaries. The missionaries, like Perouse, were unable to reach the area by sea, but were eventually able to find a route after landing on the shores of Lahaina. In an effort to promote Christianity to the natives in the region, the missionaries built the first version of the church our of limestone coral and lava rock.  The design was a simple one that represented the elegant style of country churches.  The missionaries decided to name the church Palapala Ho’omau Church which means “Church of Enduring Scriptures”.

When more people began to move out of the area in order to seek employment on the sugar plantations in the more lucrative areas of Lahaina and Hana, the church became abandoned. During its abandonment, nature reclaimed what was hers. The resurgence of natural forces gradually wore down the original Church’s structure allowed insects and plants to take over.

One man is responsible for the initial restoration of Palapala Ho’omau Church. Sam Pryor, a resident whose vacation home was in Kipahulu discovered the ruined church while on a walk. Sam felt a calling and decided that he would take responsibility for breathing new life into the sacred building. Sam went to task, clearing out the trees, restoring headstones to their proper position in the adjacent graveyard. Eventually, Sam’s efforts were noticed and the community contributed the original furniture and instruments that were being kept in local homes.

In addition to cleaning up and restoring the church to its former condition, Sam also made many improvements to the site. Sam added stained glass consisting of a Polynesian version of The Christ, replicas of the original church bells, and chandeliers. Thanks to Sam’s dedication, on Thanksgiving of that year, worship services were held at the church for the first time in 25 years. 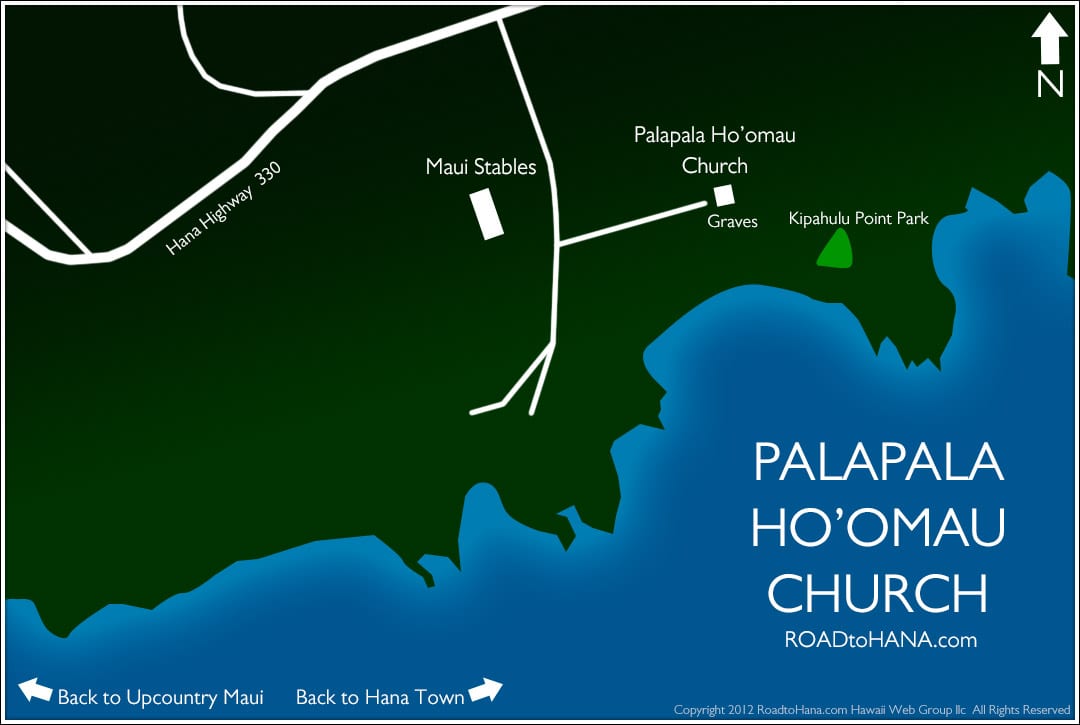 How to Get There

To get here, drive eight miles south of Hana just past the 41 mile marker and turn left when you see a sign for Maui Stables. Stay to the left and you’ll see the church a little further down the road. When you arrive, make sure to take a look at the window painting inside the church, which shows a Polynesian Christ dressed in feather capes that were normally reserved for Hawaii’s highest chiefs.

Pack a picnic lunch and enjoy lunch in the adjoining park while overlooking the cliffs and serene views of Maui’s East Coast. If you’re an early riser, this church is also known as the first building to meet the sunrise on Maui. Catch it for an unforgettable view and make sure to read Charles’ inscription, which beautifully states “…If I take the wings of the morning, and dwell in the uttermost parts of the sea…”

When walking around this area, please be respectful of the land and the people that use the church on a regular basis. This is a special place for those that live here. 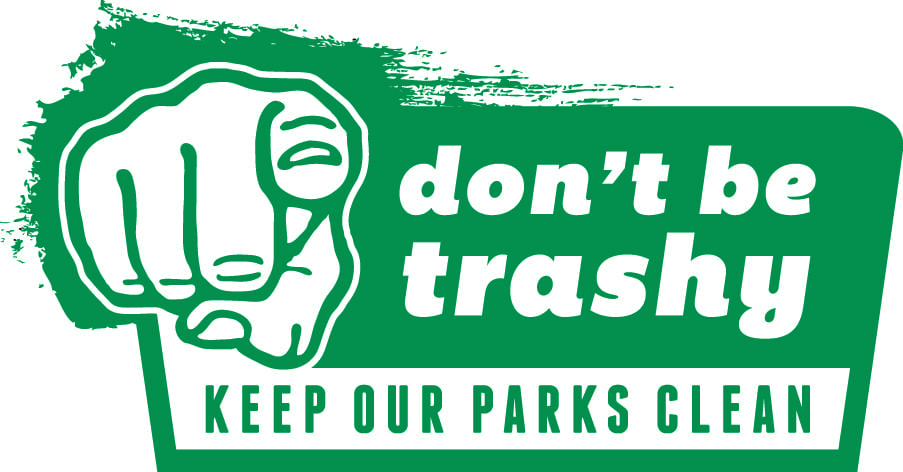 Before you leave this amazing and scenic and historical landscape, remember that the beauty of this magnificent place is very fragile and special. Treat it with respect it deserves. Help preserve this rare Eco-system and piece of history by remembering to remove anything that you brought with you. Be respectful of the land. It is one of the rare places on earth where you can enjoy such natural splendor. It is important to be conscientious and maintain the magic you’ve experienced here. Help future visitors experience the same sense of awe and wonder that you have just enjoyed.

filed under: Road to Hana, Blog, Things to Do on Maui,
Previous article: Northshore Zipline
Next article: Honomanu Bay